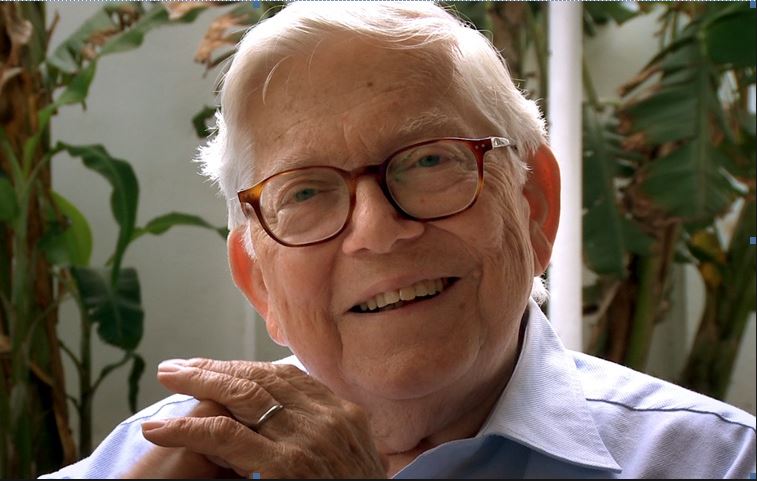 Wim Statius Muller (26 January 1930) is a Curaçaoan composer and pianist. His tireless efforts in preserving the classical music of Curaçao have resulted in two of the highest honors awarded to individuals carrying the Dutch nationality. Those are a Knighthood in the Order of Oranje-Nassau and a Zilveren Anjer (Silver Carnation), which is an honor bestowed upon very few individuals who have devoted themselves to culture in the Kingdom of the Netherlands. It was personally awarded to him in 2012 by then Queen Beatrix.

His career did not begin in earnest until after his retirement from a life of diplomacy and counterintelligence work at the age of 65. This was when he decided to apply his vast knowledge of Curaçaon classical music and fully devote himself to the creation of his own romantic piano stylings.

His virtuosic skill on the piano have earned him the affectionate nickname “Curaçao’s Chopin”, after the world famous Polish composer and pianist Frédéric Chopin.

Born in Otrobanda, from a very early age Wim Statius Muller proved to have an affinity for music, receiving piano lessons from none less than Jacobo Palm, grandson of Jan Gerard Palm who is considered by many to be the progenitor of Curaçaoan classical music. He grew to have an ear for waltzes and was in fact strongly influenced by Frédéric Chopin’s work. This all strongly influenced his own musical style.

At the age of 19, he moved to New York to study music at the prestigious Julliard School of Music. There he received his degree in piano and composition at the age of 24.

The following year, Wim began teaching piano and music history at Ohio State University in Columbus, Ohio, where he became very popular with the students. But five years into his teaching career, fate dealt him a peculiar hand: the Dutch government selected him to help in the creation of a Dutch counterintelligence service which was initially based in Curaçao.

At the age of 42 he moved to the Netherlands to work for the Binnenlandse Veiligheids Dienst (Domestic Security Service). From there he became a diplomat for the Dutch government at NATO.

But throughout his career he never lost touch with his passion for playing piano and he continued to have a resourceful grasp on the history of not only Curaçaoan classical music, but classical music from the Caribbean region as a whole. He even occasionally gave performances during his time in service of the Dutch government.

Wim Statius Muller has written over 200 compositions in the dance, waltz, mazurka and tumba genre but most of them have so far remained unpublished. Despite his few publications he is considered an inspiration for many young Curaçaoan musicians.

In 2013 he was the subject of a documentary titled “Nostalgia: The Music of Wim Statius Muller” made by Alaric Alexander Smeets with the tongue-in-cheek tagline ‘Pianist. Composer. Spy’.

We can’t thank Wim Statius Muller enough for all that he has done to preserve Curaçao’s classical music and thereby also Curaçao’s rich culture. He is another prime example of a dushi Curaçaoan.