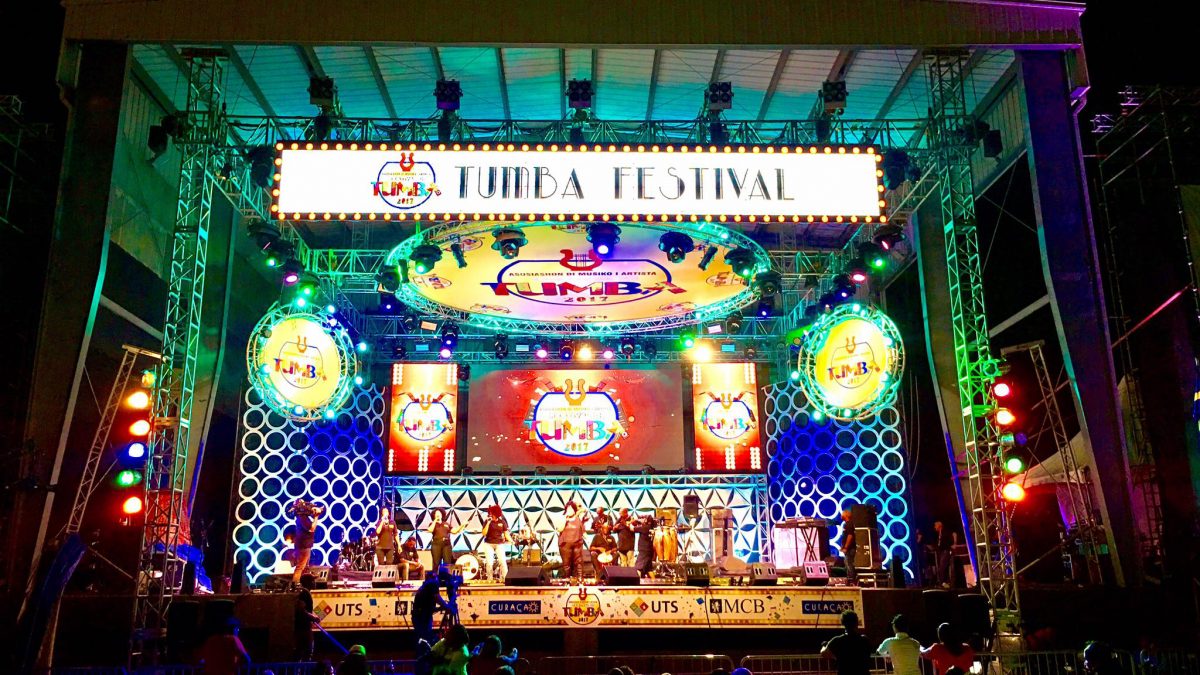 It’s the beginning of the year and Curaçao gets ready for another wonderful season: the Carnival season. It is a season filled with ‘jump-ups’, ‘jump-ins’, many parties and several parades, among them the Karnaval di Mucha, Teener Parade, Karnaval di Bándabou, Gran Marcha, culminating in the Marcha di despedida. All of this takes place alongside the wonderful rhythm of the Tumba di Karnaval, which gets chosen during the Festival di Tumba.

This event, a four day musical competition, has become a cultural and touristic phenomenon on the island. But what are its origins?

The tumba is a music form played in the 2/4 format which gets played in Aruba, Curaçao and Bonaire. Tumba can be considered the most original music form of the ABC-islands. However, its origins are clearly African. The word Tumba itself originates from the Bantu tribe in Congo, Africa. Early on there were many instrumental tumba compositions composed by Gerry Palm, Rudolf Palm and Janchi Boskaljon, among others. Afterwards Doble R’s Rignald Recordino became a legend for his modern tumba compositions.

Many Curaçaoans may take it for granted today that the Tumba is the predominant music genre played during the Carnival season on the island, but before the 1970s this was not the case. During that era the Calypso was the music being played during that time of year. This was a product of the Eastern Caribbean immigrants who had moved to Curaçao to work at the Shell oil refinery.

But that changed in 1971 when, following the push from many local musicians to make a local musical creation Curaçao’s Carnival music, the first Festival di Tumba was held at the Roxy Theater in Pietermaai. Here Anselmus “Boy” Dap, who is considered the “Father of Tumba”, won his first ever tumba.

As the years went by the Festival was moved to many venues, among which the SUBT stadium, before it eventually settled in the Festival Center in Brievengat in the 1990s. To this day this is considered the paradise of tumba.

Many famous names have been crowned at the Festival Center during the Festival di Tumba. Artists who have made history there include Elia Isenia, the first woman to ever win the festival and be crowned the queen of tumba, Boy Dap, who has won the festival and been crowned the king of tumba on ten different occasions, and Farley Lourens, who is the only singer to have won the competition three years in a row.

All of this wonderful music and wonderful festivities during the season of Carnaval makes Curaçao an even more dushi island. Enjoy the Carnival season!