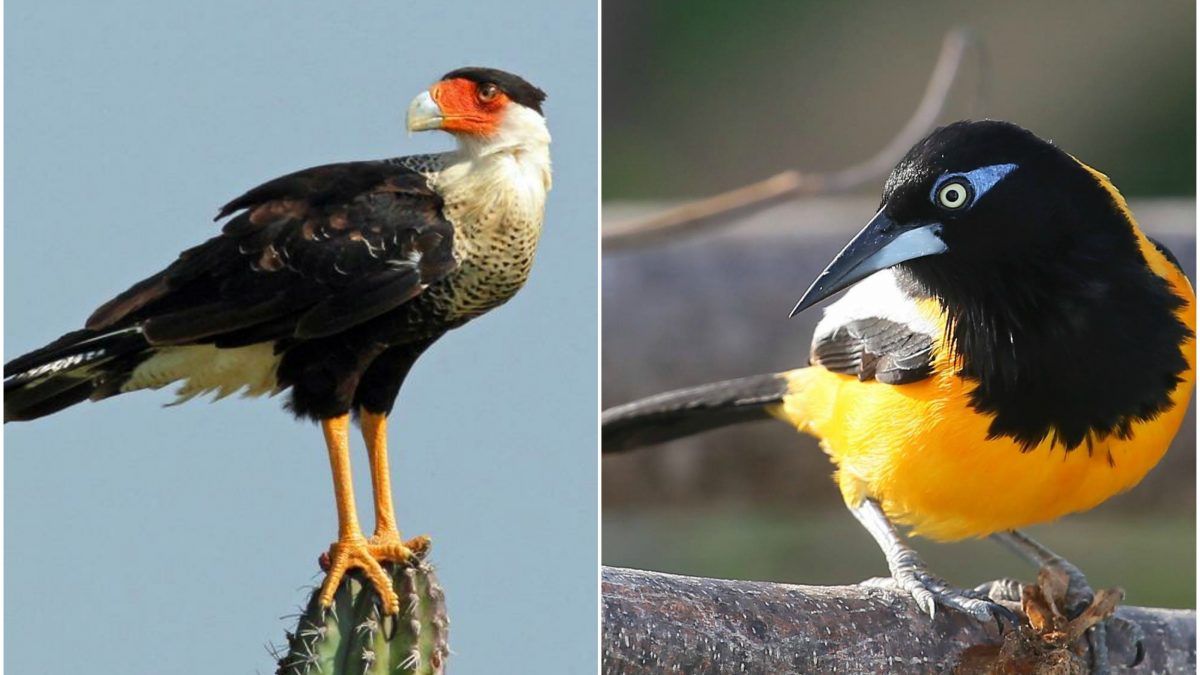 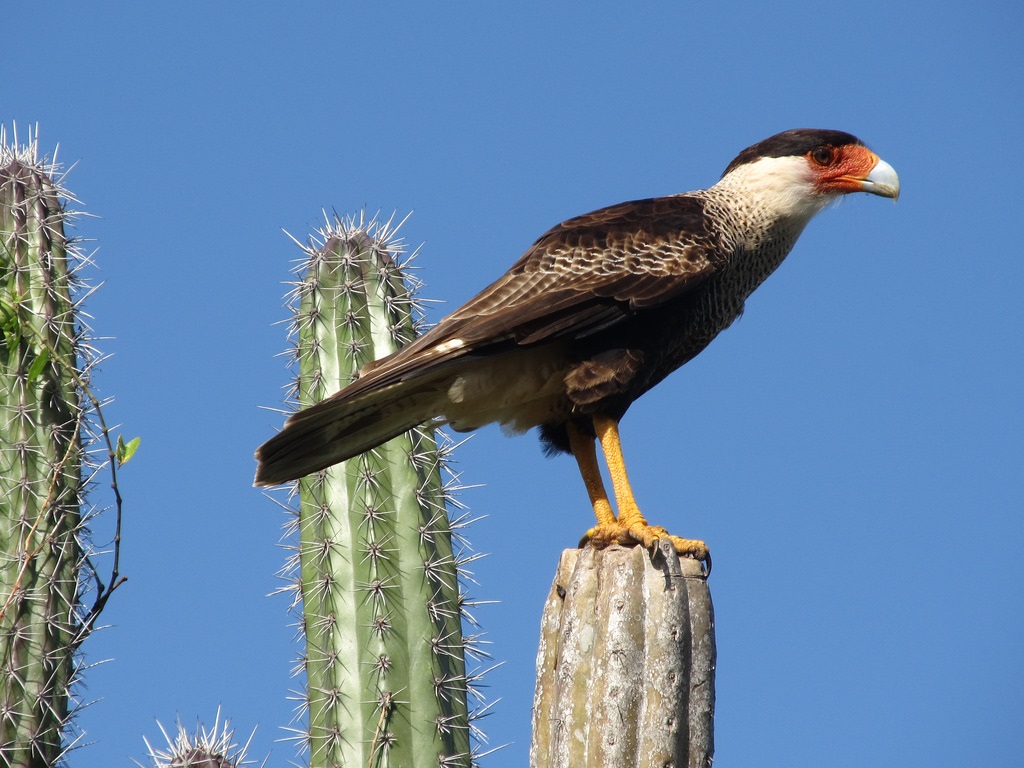 The Warawara
A reclusive bird, the warawara is mostly spotted in the area of Bandabou. They can also be found in Aruba and Bonaire and are also residents of regions in the Caribbean, northern South America, most of Central America and the southernmost parts of the United States, where they are known as the northern crested caracara (carancho norteño in Spanish). They are actually only called warawara in Curaçao, Aruba and Bonaire. 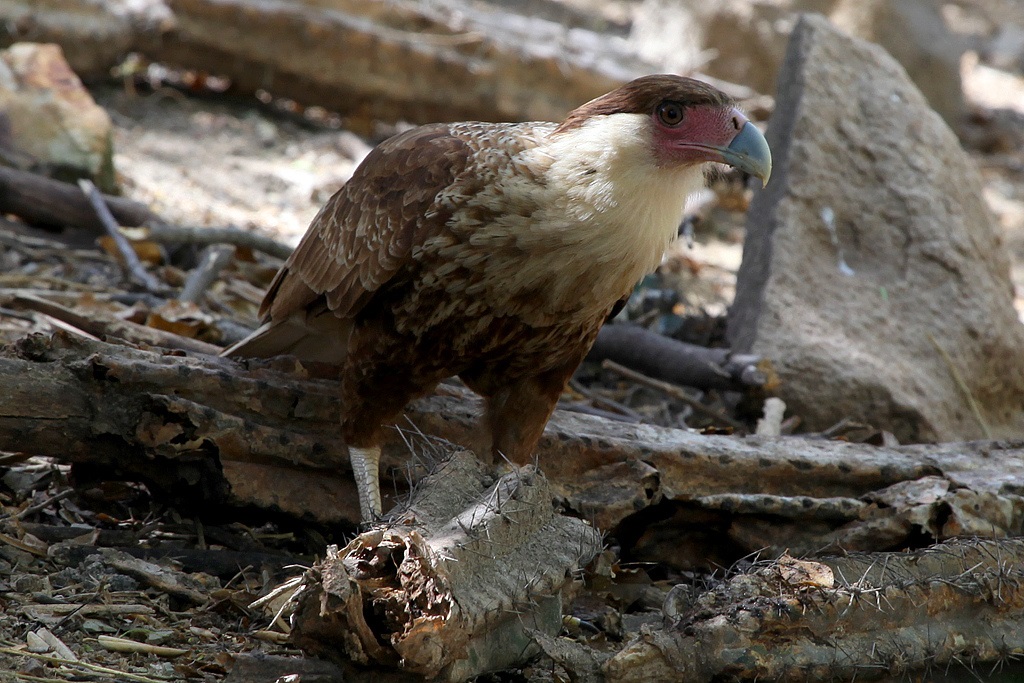 They are mostly scavengers that feed on the decaying flesh of dead animals but they also hunt live prey. These are usually immobile, injured, incapacitated or young. Their prey includes snakes, lizards, small turtles, fish, crabs, insects and young birds (small chicks in particular). They are one of the few birds of prey who also hunt for their food on the ground. Tourists who have seen them on the island have described the sound they make as an indescribably strange noise which they have never heard from a bird before.

The Trupial
The trupial is a bird that you see throughout the island. They draw attention because of their bright colors. This bird can also be found in Aruba, Bonaire, Venezuela, Colombia and Puerto Rico and is known internationally as the Venezuelan Troupial. It is the national bird of Venezuela and former Miss Venezuela International Edymar Martinez wore the image of the bird as her national costume at the 2015 Miss International competition in Tokyo, Japan, where she also won the crown.

In Curaçao there are two species of trupial: the orange trupial and the trupial kachó (pictured above), known internationally as the Yellow Oriole and as the Gonzalito in Aruba. The translation of trupial kachó is ‘dog trupial’ and it was given that name due to the sound it makes, which resembles the bark of a dog. However, it is a highly skilled singer that makes very pleasant tunes. 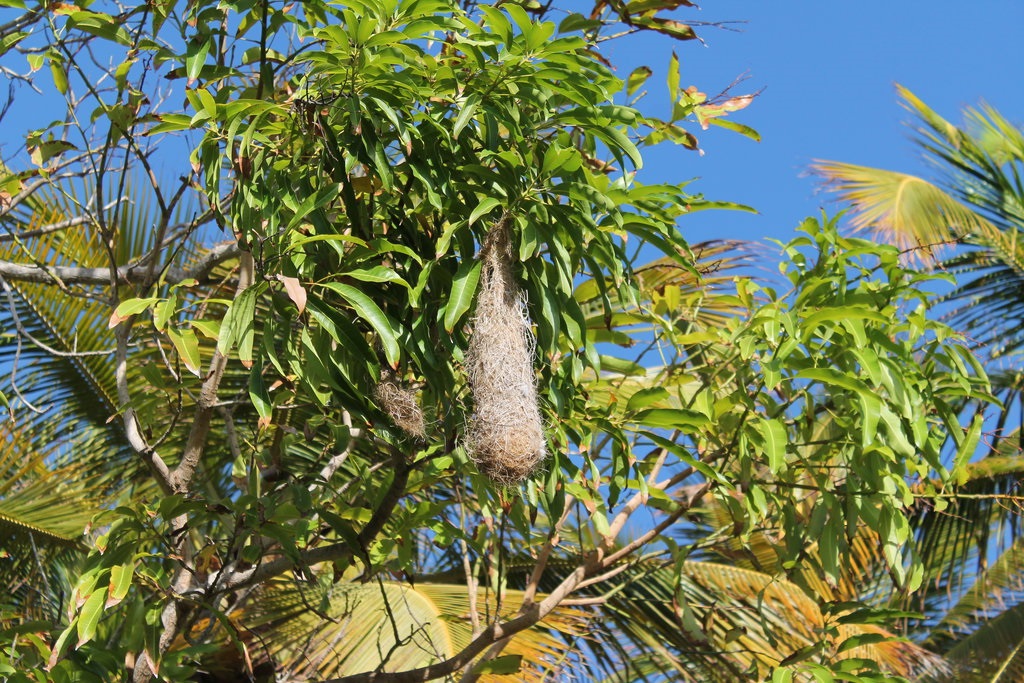 The nests of the trupial kachó (pictured above) look like hanging grass bags but are actually as complex as a human-made wicker basket, which is quite impressive considering they only have their beak and their legs to build it with. They usually use natural materials to build their nests but in the area between Wilibrordus and Fontein they have taken to using fishing nylon and pieces of synthetic rope to do so. The fact that they do so is quite unique.

So when you’re driving to Bandabou, just keep a sharp lookout and chances are you will see a warawara. And to see a trupial all you have to do is take a look in your backyard and enjoy their beautiful singing. They will be sure to remind you of how dushi this island is.