Bob Pinedo: The Doctor Who Broke Many Barriers In Holland 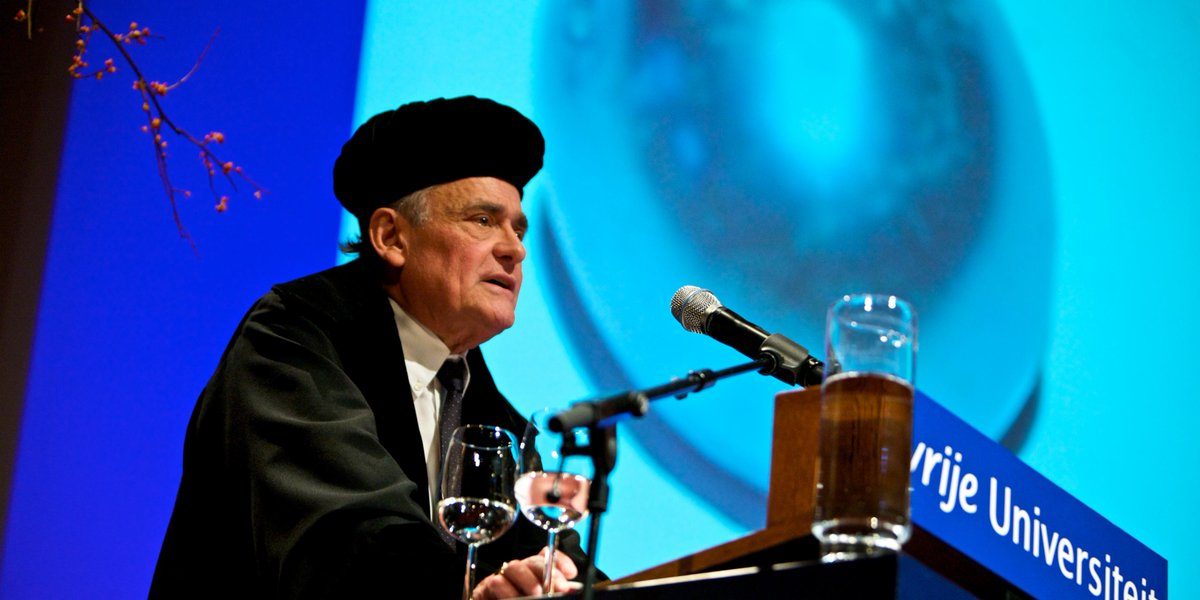 Bob Pinedo: The Doctor Who Broke Many Barriers In Holland

Last week Jandino Asporaat, Holland’s most famous Curaçaoan, lead a delegation Curaçaoans who are influential in Holland as they headed to the Curaçaohuis (Curaçao House) in Den Haag to meet with Curaçao’s plenipotentiary minister (gevolmachtigd minister) Anthony Begina.

Among the influential Curaçaoans in the delegation were Kenneth Asporaat, Archell Thompson and Paddy Roomer. These are individuals who for years now have made extensive contributions to the efforts of portraying Curaçao in a more positive light.

If they are looking for stories of exemplary Curaçaoans who have accomplished a great deal in Holland, then a good place to start would be none other than Bob Pinedo, the award-winning and world famous oncologist who is a Knight in the Order of the Dutch Lion (ridder in de Orde van de Nederlandse Leeuw), one of Holland’s oldest and highest civil orders dating back to 1815, and a Commander in the Order of Orange-Nassau (Commandeur in de Orde van Oranje-Nassau).

Born Herbert Michael (Bob) Pinedo in Curaçao on August 25th, 1943, Bob Pinedo grew up in a traditional Sephardic Jewish family. He still has fond memories of his youth on the family estate in Zuurzak, where he used to play with his friends. At the age of 16 he moved to Holland to go study medicine in Delft and Leiden.

His Caribbean and Jewish heritage initially made it hard for him to adjust to life in Holland, where anti-semitic sentiments still lingered among the people he met, but he persevered and obtained his medical degree at the Rijksuniversiteit Leiden.

In 1972 he wrote his thesis on renovascular hypertension. Shortly thereafter he noticed that the impersonal surgical treatment of cancer was in need of some revitalisation during his duties as head of the clinic at the Academisch Ziekenhuis Utrecht (Academic Hospital in Utrecht).

In those years the paradigm surrounding cancer treatment in Holland was that cancer was a death sentence rather than a treatable illness. It can be stated that Bob Pinedo revolutionized this field with his humane approach to the treatment, placing the patients at the center of the medical efforts to treat the disease.

Among the crown jewels of his medical career is the founding of VUmc Cancer Center Amsterdam (CCA), an institution for which he proved an adept fundraiser as he gathered funds from many private firms. This center now stands as a testament to his brilliance in the form of the red and blue checkered square building next to the A10 expressway. For many years he was also a professor of medicine at the VU university in Amsterdam.

Among his many awards are the 1997 Spinoza prize for his oncological research – this is Holland’s most distinguished honor in the field of science, given to those who have achieved great accomplishments in scientific research – and the 2014 David A. Karnofsky Memorial Award from the American Society of Clinical Oncology (ASCO), Bob Pinedo is only the third non-American to have been honored with this award and this elicited a letter of congratulations from the Dutch prime minister Mark Rutte himself.

In addition to this he is also the member of the Royal Society of Medicine and the Koninklijke Nederlandse Akademie van Wetenschappen (Royal Dutch Academy of Science).

Nowadays he lives in Curaçao six months out of the year and is married with two daughters – one of which also works in the field of medicine. He also set up the Fundashon Prevenshon (Prevention Foundation) here on the island to aid in the fight against breast cancer.

Bob Pinedo should be considered nothing short of Curaçaoan royalty and is a prime example of the greatness of dushi Curaçao and its dushi people.